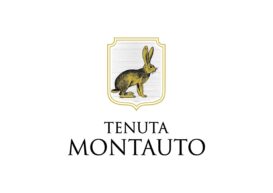 At Tenuta Montauto we are very lucky.

There is nothing around us: only the silence as far as the eye can see of the thick woods of the Maremma, the wind, the hares and the hawks. No factory, no inhabited center, no neighbor, no road other than the provincial one, and very little traveled, of Campigliola.

In fact, given that, in nature, nothing is created and nothing is destroyed, the limits of organic affect us in all their most brutal evidence when we see certified organic companies which are forced to coexist – often even in situations of obvious proximity – with others who, on the other hand, have not espoused the same ethics. Still others reside in spite of themselves near highly industrialized cities or high-traffic roads that they raise doubts about the legitimacy of the term itself, which inevitably ends up being discredited.

Well, at km 10 of Campigliola, in this boundless expanse of woods that follow one another to the sea, we enjoy an isolation that we do not hesitate to define, in a word, privileged.

An isolation that allows us to make our choices without compromise, in total freedom and an absoluteness that comes from the fact that we are split, dissolved, released from the world and whoever has been here will certainly be able to confirm it.

In short, there are no constraints, except those, purely moral, that we have in the first place towards ourselves.

In this sense, our behavioral decalogue starts from a first, essential rule: at Tenuta Montauto we drink the wine we produce. This is why the first form of respect we contemplate is that towards us who are not only the producers, but also the first consumers of our products.

In addition to the isolation, we are also lucky for the providential sea air that always blows from the west. Ours is a sea that cannot be seen, but that can be sensed in the wind that blows from Capalbio which, from here, is just 10 km as the crow flies. A providential wind, it was said, since it dries our vines, sanitizes them from humidity, avoiding the risk of diseases such as powdery mildew or downy mildew, against which we protect ourselves with targeted treatments, only if necessary, and always in line with that which is the phytopharmacological tradition of Italian viticulture, present and past: sulfur and, more sporadically, copper.

Obviously, we always try to limit the use of copper which, however, being a heavy metal can affect the healthiness of the final product. It is for this reason that, at Tenuta Montauto, we wash our grapes before vinification and filter the wine in order to bring a healthy and wholesome product into the bottle, of which the goodness is nothing but an inevitable consequence.

We are also extremely strict with regard to sulfur dioxide: the imperative of cleanliness of the grapes allows us, in this sense, to use it within the limits imposed by the organic certification and, in any case, where possible, in fact, even less.

Our wines are, in this sense, clean wines because they are the result of a winemaking practice that is the daughter of an “ecology of thought”, that is an ethic that embraces the entire supply chain, from the earth to the bottled product and which, also in terms of distribution , has its own precise deontology. In fact, we have chosen to use only energy from renewable sources throughout the production process.

At Tenuta Montauto we have always been like this, and we will always do so because for us “organic” is not a brand, nor a fashion, but a lifestyle, an ethics that coincides with the certainty of acting in a completely coherent way in the first place. with ourselves: our wine, in fact, is ecological not only from an environmental point of view, but also from an operational point of view when we have embraced a policy of small steps capable of giving life to a healthy company, a matrix of wines that, like her , they are just as concrete, healthy and wholesome.

This obviously involves choices that might seem counter-productive, such as not distributing to large-scale distribution (GDO), the reasons for which we will explore further on.

All this, for us, is contained in the term organic, which we decline even more deeply, because ethically, and we apply it to all the gears of this history, of this world far from the world that is precisely the micro-universe of Tenuta Montauto.

About Bio: a necessary premise

Bio, biological or organic are completely synonymous terms and indicate nothing more than “the reference to biology or living beings”, as recalled by Treccani as well as most of the dictionaries of contemporary Italian.

The term, however, has undergone a real process of politicization which has led it to broaden its connotations which, over time, have ended up moving towards the ethical axis of “good” opposing everything that is “not biological “which, by extension, has ended up designating something” unnatural “,” not beneficial “.

This type of opposition, however, is relative to an eminently semantic world and rather rarely, to tell the truth, do they reflect the qualitative reality of the facts.

In agriculture, for example, although the term “bio” has become splendidly acclimatized from a commercial point of view and has become, in effect, a brand associated with its own production disciplinary, it is the concept of quality that has been strongly questioned by this contemporaneity, to the point of no longer finding real correspondence in the “bio” brand.

As we said, “bio” has become, over time, a brand and, as such, is affected by the logic connected to its market. Although in fact the majority of consumers, Italian and foreign, do not disdain to spend even a few euros more for the “bio” brand, consumers are increasingly disappointed by this policy.

After all, are we really so sure that, today, this brand still represents a guarantee?

In addition to referring to “organic”, in fact, the qualitative distinction should be linked to the personal ethics of the producer who is the only guarantor, responsible and custodian of the finished product.

But not only that, because in addition to these elements there is also the environmental factor, that is, the non-arbitrary element, often random, which indirectly decides our ethics.

This is the place where you are born and where you grow up.
Here, Tenuta Montauto is, in this sense, a place that is more than “organic”: it is Nature, simple and very powerful: come and see it with your own eyes.